If you’re a regular Adventure Time viewer then there is no doubt this miniseries made you yell “oh my glob!” in sheer ecstasy: Finally, we get an in-depth look into the backstory of one of the show’s most popular characters, our very own vampire queen. 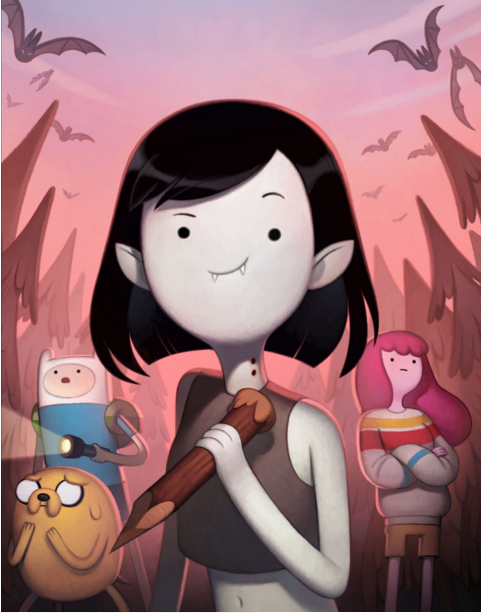 Marceline has long been one of the most fascinating characters in the Land of Ooo, with an entire 8 part miniseries dedicated to her, we got a real insight into Marceline’s past. The miniseries was even complete with its very own theme song, not unlike that of Cake the Cat and Fionna the Human.

The set-up for the miniseries, Stakes, is that when Princess Bubblegum performs some sciency junk on Marceline, surprise surprise it goes terribly wrong, and Marceline’s dark past is exposed.

Courtesy of some flashbacks, we get to see Marceline in several different eras of her life, from her early childhood(where we meet her mother who is voiced by Steven Universe creator Rebecca Sugar), through a steampunk esque adolescence, to her days of hunting other vampires and acquiring their powers.

Longtime fans weren’t surprised at emotional complexity that lay beneath the surface of humor and fantastical fight scenes.

Update: To celebrate an extremely successful miniseries I decided to attempt to cover the theme song on my youtube channel!